ETHPIC Node 5 is the audio control node, which provides control of power and input selection for my audio system (I was going to write Hi Fi here but any audiophile would cringe at the quality of reproduction, so we'll just say audio!).  Under the control of the Polly server, this node switches mains power to the rest of the audio gear.  It provides a choice of one of four audio sources and also allows all four to be off, for when I am listening to one of the less often used sources.  A watchdog system is also provided, whereby the system is shut down after a period of silence.  Being part of the Polly system provides other functions, such as switching off the system when I leave the house.  Following an occasion when I didn't hear someone at the door due to having the music on loud, Polly also turns off the audio system when someone rings the doorbell!

As with all the nodes in the Polly system, the logic controlling all the above functions is performed in the server.  The actual functions of this node are:

Here's a collection of pictures of what is the most complicated ETHPIC node so far completed under construction: 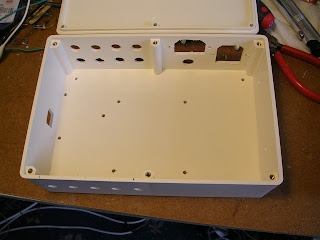 The most boring part of the work for me is drilling lots of holes in the box. 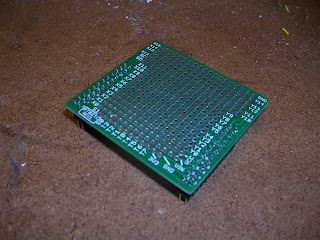 This is a small interface board sold by Modtronix, which plugs onto the SBC65 allowing me to add my own circuitry. 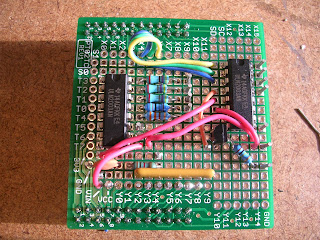 Here's the interface board completed, with sundry relay and LED drivers and switch inputs. 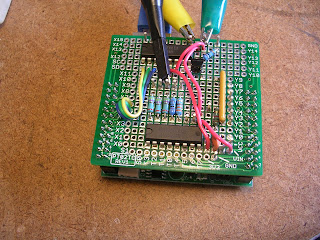 Plugged into the SBC65 and under test. 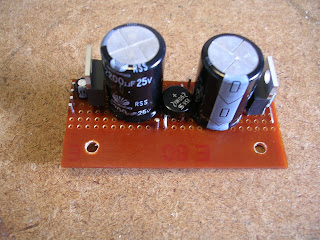 The power supply board.  Look who cut his Veroboard one row too short, and was forced to squeeze everything in! 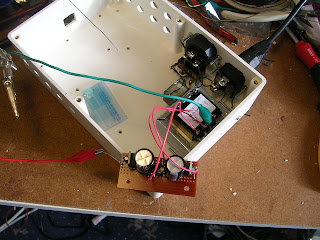 Mains wiring and power supply board completed and being tested. 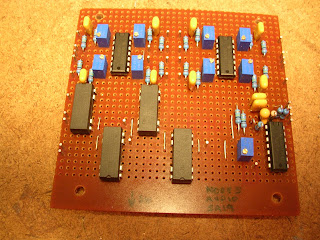 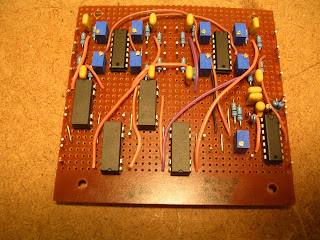 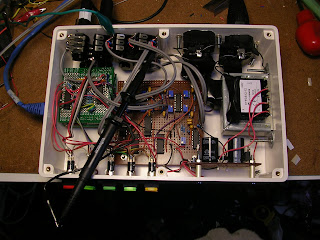 Finally, a couple of shots of the completed unit under test on the bench. 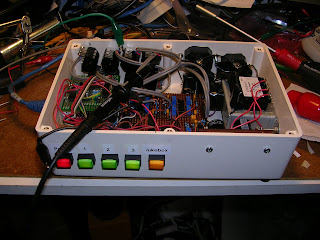